Employment in sheltered workshops in Europe - a contrasting analysis

Whenever different national participation systems for people with disabilities in the field of work and employment are compared, there is a risk that mainly the legal framework conditions and key figures such as wages, transitions, number of places, staffing ratios, etc. are compared. However, the most important comparative parameter to put all these key figures in the right relation to each other is usually not referred to at all or not sufficiently: The people with disabilities who use these services.

The aim of this study, which was initiated by the Federal Association of Workshops for People with Disabilities (Bundesarbeitsgemeinschaft der Werkstätten für behinderte Menschen e.V.), is to highlight the differences between the target groups of vocational rehabilitation facilities in five selected member states of the European Union and the applicable legal frameworks. The respective so-called "workshop" systems on site are the starting point.

In Phase I, initial indications of the potential differences between the target groups were identified on the basis of the main structures and legal frameworks in the countries studied (here: Slovenia, Spain, France, Sweden, Germany). Likewise, the suitability of the International Classification of Functioning, Disability and Health – ICF  was assessed in relation to the creation and profiling of so-called personas (in the sense of user models that characterise persons of the target group in their essential ICF-related characteristics).

The current phase II (from July 2022) initiates contact and access to the respective national structures for needs assessment, as the personas are to be developed with these actors at the respective system boundaries within the framework of workshops. The aim of this second phase is to have developed and validated two personas for each country by the end, which can then be used in phase III.

In Phase III (from December 2022), a final audit of the whereabouts of all personas developed in this way will be implemented in the respective systems of the countries under study.

Employment in sheltered workshops in Europe - a contrasting analysis 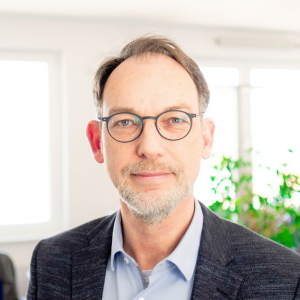